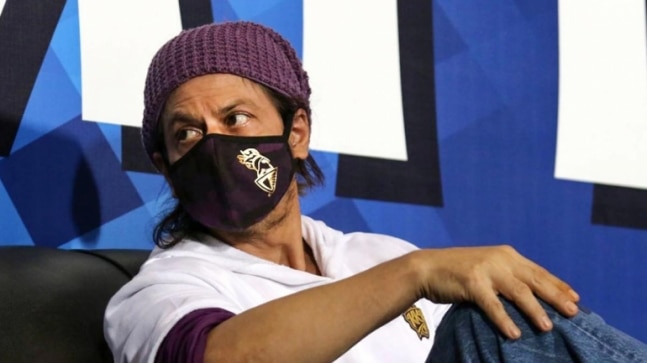 Kolkata Knight Riders batsman Rahul Tripathi said playing for Kolkata Knight Riders in the Indian Premier League (IPL) has been a dream come true for him and performing well in front of Shah Rukh Khan was the icing in the cake after he hit a match-winning 81 against Chennai Super Kings on Wednesday. Tripathi showcased what he is capable of when given an opportunity at the top as he put on a show of fine stroke-making as co-owner and Bollywood actor Khan was watching the action from the Sheikh Zayed Stadium.

Rahul Tripathi, 29-year-old Maharashtra batsman, made a mark for Rising Pune Supergiant in IPL 2017, but his stocks fell despite being picked for over Rs 3 crore by Rajasthan Royals in IPL 2018. KKR bought Tripathi in IPL 2019 for Rs 60 lakh but the talented batsman didn’t get many opportunities.

Rahul Tripathi did not play the first 3 matches of IPL 2020 but he impressed after coming in at No. 8 with a quickfire thirty against Delhi Capitals last week. With Sunil Narine not performing as expected at the opener’s spot, Tripathi got an opportunity to open the innings against CSK and he made the best use of it.

Tripathi went after CSK’s new-ball bowlers, especially their lead pacer Deepak Chahar who leaked aplenty, and kept finding the boundaries. Despite KKR struggling to get going in the end overs, managing just 40 runs in their last 5 overs, KKR managed 167, thanks to Tripathi’s blitz at the top.

“It’s a journey. Have loved this journey. Coming to KKR is special. Performing in front of Shahrukh sir is very special. It’s a dream come true,” Tripathi said.

“It’s a journey. Have loved this journey. Coming to KKR is special. Performing in front of Shahrukh sir is very special. It’s a dream come true,” Tripathi said.

“Something like a dream come true for me. Was prepared for both the roles (opener and finisher). Thought the ball was coming nicely, so I thought we should keep up the scoreboard which is why those shots came out, nothing special.”

Meanwhile, captain Dinesh Karthik who made some baffling tactical decision which worked against an ordinary CSK batting performance backed Sunil Narine despite not opening with the West Indies all-rounder. Karthik held Narine back until the 11th over but it proved to be a masterstroke as the mystery spinner choked CSK at the death, finishing with figures of 1/31.

“There are some key players for every team. Narine is one for us. Least we can do is back him. 2-3 poor games, doesn’t matter. Good to see Tripathi do the job at the top,” Karthik said.

SVAMITVA scheme to be milestone in direction of ‘gramin swaraj’: Amit Shah

New Delhi: Union Home Minister Amit Shah on Sunday expressed gratitude to Prime Minister Narendra Modi for the ‘SVAMITVA’ (ownership) scheme and said it will prove to be a milestone in the direction of ‘gramin swaraj‘. The prime minister on Sunday launched the physical distribution of the property cards under the Survey of Villages and […]

Patna: Bihar Chief Minister and JD(U) president Nitish Kumar will hit the campaign trail from Monday, when he will address people of several assembly segments, spread across half a dozen districts that go to polls in the first phase of elections, a top leader of the ruling party said. Sanjay Kumar Jha, JD(U) national general […]

NEW DELHI: The CBI has registered an FIR into alleged manipulation of Television Rating Points (TRP) on the basis of a reference from the Uttar Pradesh Police, officials said on Tuesday. The case, which was earlier registered at Hazratganj police station in Lucknow on a complaint of an advertising company promoter, was handed over to […]